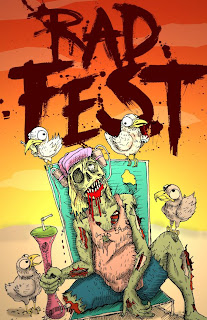 Everytime I make the overt mistake of going to the B9 messageboard (it's a car wreck) I get this overwhelming feminist-hulksmash feeling. Many times it nearly demolishes my faith in anything. I made that mistake today when I got a google alert for P.S. Eliot. I'm just going to post actual quotes from the thread and you can all tell me if I'm being melodramatic and defensive for nothing.

THREAD NAME: "girl bands with one guy member" (initial red flag that I was about to be super-offended)

ok so from here on out I'm just going to post what people said-
"dude would get mad pussy."

"You know the male member is writing all the songs."

"usually it's all dudes and one girl."

Painfully fucking awful.
I thought they were all women?

haha im 99% sure the one that looks like a dude is really a chick."

"i think baby shakes had a male drummer at some point. would love to get my dick all up in the baby shakes."

"dude is so getting laid"

"this is unrelated, but it should always be the drummer."

"band practice would suck for the dude if the girls are on their period."

I'm not bashing Bridge9 as a label but the fact that there are kids like this who support punk music/bands makes me want to die. Just thought I should share in case any of you had any faith in most hardcore kids.
Posted by ps eliot at 10:55 AM 14 comments: